What Are The Hidden Danger Of The Internet For The Kids

With the entire world revolving around the Internet it has resulted in many dangers. Many times even the parents are unaware of the dangers of the Internet for their kids. From cyberbullying, malware attacks, identity theft, or phishing attacks, the gullible age of kids makes them the primary target of these dangers of the Internet. As a parent, your child’s safety will always be your number one concern no matter how old they grow. Their well-being is always on your mind and you should do multiple things to protect them from the dark internet.You can remove the personal information of your kids from the internet too. But did you know that the virtual world poses just as many dangers for your little ones?

The Wonders And Dangers Of The Internet

The World Wide Web is a digital expanse that has become such an important part of our lives. It is a never-ending database of information that helps kids with their school reports, homework, and studies while also allowing them to socialize and network with anybody across the globe. And since our children were born into the world of technology, they would find it nearly impossible to survive without the internet. While the online world is a blessing to all of us, it poses a considerable amount of risk to our young ones in the form of cyberbullying, inappropriate content, online predators, etc. These virtual predators stalk social media websites for unsuspecting prey and get in touch with them by posing as another child looking to become friends. Once they connect, they start prodding for personal details like phone number, email addresses, or home address. Children, being innocent and unsuspecting, are often quick to divulge these details, making them easy victims to fraud, scams, and other illicit online activities.

The most common hunting grounds for these predators are social media sites like Facebook, Twitter, and Instagram as well as apps such as Snapchat, Hangouts, Tinder, and WhatsApp. It is vital that parents monitor their children using parental monitoring software so they can protect them from virtual dangers.

What Dangers Lurk Around On The Internet?

There are all sorts of reasons why the internet can be a dangerous place for children. Apart from virtual predators, even certain social media posts can haunt them later on in life, affecting their chances of getting a college admission or job. Children can also unwittingly put their families at risk by exposing sensitive information to cyber criminals. To protect your children from the risks of using the internet ,you must first be familiar with what kinds of dangers are present. Here are some of the greatest and most common risks children face on the internet.

What are the disadvantages of the internet?

The Internet has given rise to a revolution and it has also brought a lot of disadvantages with itself. The Internet is an ocean of information. This information can be real or fake. The Internet spread loads of fake news which has led to serious consequences. This information attracts the kids to explore through it and forget about the real world. Hence, the kids are comfortable socializing behind the screen instead of in the real world. The constant usage of the Internet has also promoted a sedentary lifestyle. The lack of movement has led to disorders like obesity and anxiety at a young age. 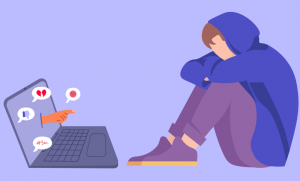 Almost one third of the entire population of children using the internet has been victims of online bullying. Online games and social media sites serve as perfect platforms for cyberbullying and other forms of degradation and humiliation. Children are often mocked or berated on social media in comments or whole posts. Your child’s online game character is also often subjected to verbal attacks from fellow players. Cyberbullying is a large umbrella that constitutes different kinds of virtual attacks, the effects of which can last a lifetime.

Sexual predators and other kinds stalk children on social media and gaming sites looking to take advantage of them and lure into what could become dangerous encounters. They are experts at exploiting children’s innocence and use their imagination as a way to lure them in. Online predators are extremely discreet with their presence but they have a lasting impact on your child’s life. 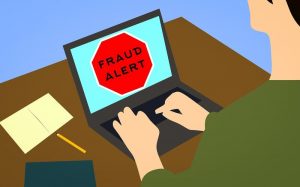 Countless adults fall for online scams on a daily basis, so you can imagine the number of children who become victims to phishing and other types of scams .They are easily lured with prizes like free games and discount codes because they are not as wary as adults. Cyber criminals also lure kids with goodies in return for sensitive information like their parents’ bank account or credit card details.

Children are not familiar with setting boundaries on the internet, which is why they often make the mistake of posting personal information on social media or gaming profiles. This information could include a range of details from home addresses to private pictures. In some cases, uploading private pictures or sensitive content now can drastically affect their chances with a prospective college or employer later in life.

Children are often exposed to sexually explicit content while browsing the internet. Their curiosity is what lures them into clicking on suspicious links, which not only exposes them to inappropriate content, but could also contain malware that can corrupt your home computer. 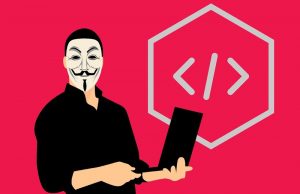 Malware is a computer program that enters the device without permission. Malware attacks can happen through clicking on unidentified links, visiting insecure websites, or sharing a lot of information publicly on the Internet. The malware has entered the computer attacks in different ways. It might steal your personal information; make your device slow in operation. The evil elements of the internet attract the kid to click on malware links to generate a malware attack on their devices.

With software like TiSPY, you can rest easy knowing that your child’s online activities are closely monitored. Keep your kids abreast of the dangers lurking around on the internet. The more aware they are, the more careful they will be.

Phishing is the most common way for online scammers to make kids fall prey to their attacks. They send malicious links and attachments through email. Kids at a young age are not able to judge the genuineness of the email. Taking advantage of the scammers, they create malware attacks or steal the personal information of kids. It can further lead to dangers like cyberbullying and blackmailing. 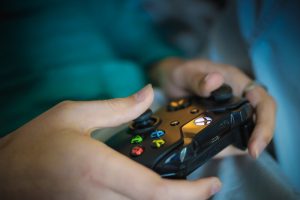 The Internet has also led to online gaming. These games are now turning into gambling platforms which can be harmful to kids. The loot box in gaming is promoting gambling to which kids can get addicted. The loot boxes in games attract kids to buy quirky elements to go further in the game. There have been cases where kids get addicted and lose a large amount of money to the loot boxes.

The Internet has brought the world closer. With social media, the trends that start in a small part of a city can reach the entire world. But, this has also welcomed a lot of disadvantages. Social media challenges and trends are growing popular. Not by choice but kids are attempting these challenges in peer pressure. These challenges can be precarious at times. For example, the ice and salt challenge, where the person has to keep salt on their skin and keep an ice cube above it. The salt causes the temperature to fall further resulting in burning the skin. Another challenge of bird box was inspired through a movie, people would attempt the daily chores with a blindfold. The challenge turned harmful when kids tried driving or even walking on a road blindfolded. Hence, these challenges can be damaging to stretch serious injury. With software like TiSPY, you can rest easy knowing that your child’s online activities are closely monitored. Keep your kids abreast of the dangers lurking around on the internet. The more aware they are, the more careful they will be.